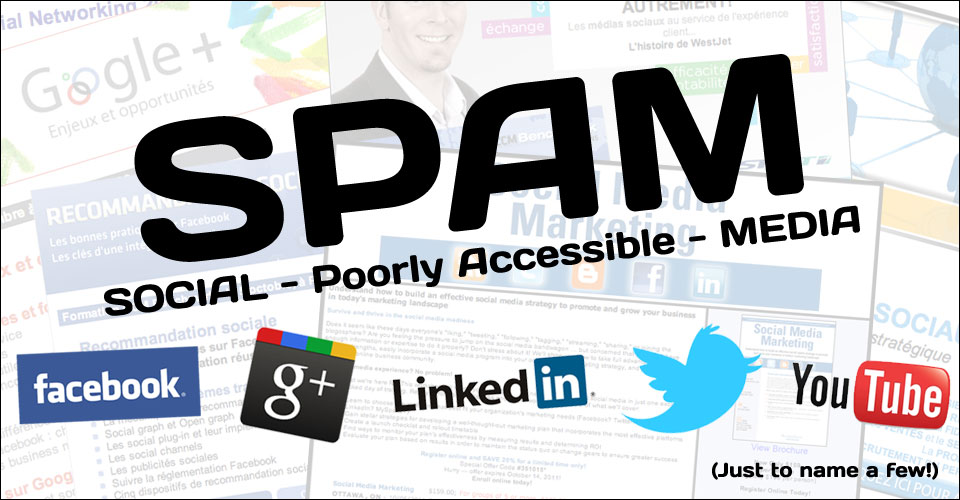 The spammers are moving to social networks, where they have better chances of going undetected. That’s why, on a typical social media account, spam has risen 355% in the first half, according to a new study.

The “State of Social Spam,” an initial study by Nexgate, a San Francisco-based enterprise social media security firm, researchers analyzed 60 million pieces of social content published on over 25 million social accounts – including Facebook, Twitter and YouTube – and discovered that the first half of 2013 saw a 355 percent jump in social spam, with 15 percent containing URL’s to pornography and malware.

“One of the interesting things that really stood out to me was the growth rate,” Devin Redmond, Nexgate co-founder and CEO, told SCMagazine.com on Tuesday. “The other thing is the variety of mechanisms and how sophisticated it’s gotten. The mechanisms in which it’s distributed, an app or a fake profile, there are so many ways it’s getting out there.”

So, which social media websites are the most affected? Facebook and YouTube come up as the hardest hit in the report. Those two sites trumped the competition by offering up more spam than any other social network at a ratio of 100 to one.

Much like technology was created to combat email spam, technology will need to be created to fight off social spam, Redmond said, adding that Nexgate social spam reports have been written with these ideas in mind.

“Most organizations are dealing with this problem manually,” Redmond said. “We definitely need a technology-based approach.” But this study suggests that while spam might still be a limited problem on social networks, it could be only a matter of time before it gets worse.

What will you do when you get a spam email, tweet or a message?